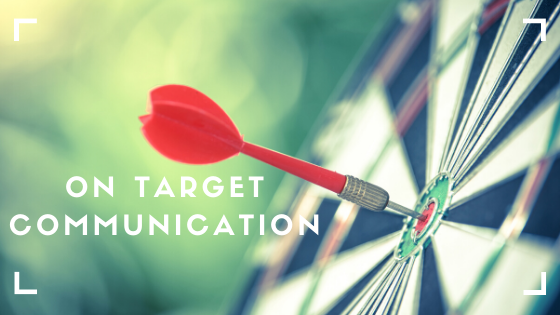 In the “Mad Men” days of advertising, it was easy to get your point across. There were only a few programs your audience was watching. So, it was easy to get your message out to a massive audience. However, changes in the media landscape and the habits of the viewer have made it more challenging to get your message out to those same massive audiences. Moreover, because of time-shifted viewing, ads are more skippable than ever. Relevancy has become an essential part of your ad strategy.

However, these same changes in media and habits have made it easier to get a relevant message to the perfect audience.

Two years ago, in one of my first Casino Journal contributions, I talked about how we – as casino marketers – needed to shift from relying on ratings, reach, frequency and GRPs to guide our media placements to more data-based approach to buying media. In our field of work, database marketing has been the beneficiary of great PR, whereas advertising has lacked the same polish. I encouraged readers to look to their database to fine-tune their media buys so they could be measured in terms of foot traffic, signups, and revenue generated.

Today, the art – or rather, the science – of placing advertisements in mass media is undergoing a rapid evolution from one-to-many to one-to-one. Metrics such as GRP and CPP are becoming less of a foundation in how we choose where to place our ads.

Addressable media has been making an impact on more and more marketing plans. For casino marketers, this notion of addressability is not new. We’ve been doing this for years, in the mail. Addressability is a way of connecting your messages and brand to the people who are most interested in you at the time they are interested. Think of it as direct mail but in the world of mass media advertising.

In 1990, AT&T launched a credit card program via a marketing campaign based on their relationships with millions of their existing phone company customers. Today, digital and social media have made personalization more precise than ever. That same level of customization has become available to advertisers on streaming platforms. Additionally, mobile devices offer a massive opportunity for addressability

I want to talk about two addressability options that we should all be paying attention to, addressable television and addressable geofencing.

Addressable advertising is the ability to direct a message to a specific group or individuals through their specific devices – in home and out. With increasing time-shifted viewing, addressable television advertising has become a primary way to ensure your message is seen, not by a broad audience per se but, by the right audience.

Traditional linear television (which is what we’re all familiar with) is bought according to broad demographics (such as the casino standard A25-54). With addressable linear television, marketers can target specific households using data provided by the set-top boxes which providers have equipped with technology to let different homes see different ads. Most providers have deployed this capability.

Geofencing is the use of global positioning to create a virtual perimeter in a real-world geographic area. Addressable geofencing provides a marketer (or advertiser) the ability to serve ads to people in more exact locations (like the homes of your inactive customers) primarily for the use of customer acquisition or reactivation.

Addressable TV selectively segments the ads seen by viewers. While various groups of people may watch the same program, they see different, targeted ads. In the simplest terms, this means you and your neighbor could be watching the same television show, or surfing the same website, but see completely different ad messages (hopefully) targeted to you due to some interest or demographic insight.

Chevy was an early mover in the realm of addressable advertising when they attempted to market the 2013 Silverado through the Dish Network and DirectTV. The results were amazing. The automaker saw a 23-to-1 ROI, an 11% increase in sales for the model itself, and an overall sales increase of 209%. Clearly, they understood they didn’t need to reach 100% of media buying demo but rather enough of their specific target audience.

Some of us are starting to hear the terms “over the top” or OTT with more regularity. That refers to connected television – basically when a TV screen is connected to the internet through an over the top (OTT) device that provides streaming programming: Roku, Apple TV, Amazon Fire, etc. This also includes smart TVs which connect natively to those services. Over-the-top viewing has quickly become a mainstream behavior in the United States with average OTT viewing hours per household jumping to 86 hours (for one month’s usage) with Smart TV’s expanding the most year over year, according to Comscore’s latest study.

What’s nice about OTT is that ads are non-skippable. As marketers, we’re always asking ourselves, “How can we get our message to customers in a way that makes an impact, and how can we make sure it’s being seen or heard?” Because streaming viewers tend to be much more engaged, OTT may hold the key to message engagement.

New but worth looking at

Addressable advertising is still a new tool for marketers. The Video Advertising Bureau (VAB) found that 71% of marketers using addressable TV have been buying it for less than one year. The study found that 15% of advertisers include addressable TV regularly, and 35% have experimented with it. However, because it’s still such a new arena, inventory currently is limited (though growing). Even with the current state, VAB projects spending on addressable TV ads to rise to $3.3 billion by 2020, up from $2.1 billion in 2018.

In the report, Address for Success, the VAB estimates that the addressable TV audience in the U.S. is 162.2 million people, up 30% from 2016.

Former Director of Media & Connections for New Orleans-based Peter Mayer, Jeremy Braud has utilized addressable media to expand reach for its diverse client base. When the Ashville CVB looked to extend their geographic reach more smartly, they leveraged Buxton data to identify lookalike travelers. Where the North Carolina CVB usually advertised in eight to 12 South Carolina markets, they were able to expand to target affluent Boomer travelers east of the Mississippi in very direct and measured ways.

“Addressable allows us to use all of the elements of the emotion in elevating brands,” says Braud. Because the medium is still relatively new, Braud finds they (the agency) are bringing this channel to the table rather than clients requesting information.

Geofencing is a location-based marketing approach that marketers use to engage target audiences via their smart devices once they enter a pre-defined geographic location. You can send directed messages to customers while they are at your competition (or another targeted place.) Most marketers are familiar with this tool, having used it or been the recipient of a geolocation-based message.

Car dealerships use this type of advertising to send promotional messages as shoppers pass the dealership or while they are shopping at a competitor location. Airlines use geofencing to upsell passengers as they walk through the airport. Hotels have used it to capture reviews shortly after visitors leave the hotel. Burger King made headlines when they geofenced McDonald’s locations, allowing customers to unlock a penny Whopper offer.

As fast as television is changing, geofencing is as well. Addressable geofencing takes physical addresses (such as your inactive file,) and utilizing plat line information from sources like tax records, your media partner can build virtual fences around specific households.

“The context (of geofencing) is seemingly different (currently) in the world of casino marketing,” says Justin Croxton, managing partner at Propellant Media (a JCA Collaborative partner). “Many consider geofencing in terms of the ability to access a sports betting app. However, geofencing – like you and I are talking about – is really about customer acquisition.”

Geofencing allows you to create a virtual fence and place a message in front of customers whenever they cross into the fenced area. In addition to the message they receive while inside the fenced area, marketers can also continue to send messages for up to 30 days after, providing additional frequency and impressions.

Croxton explains, “We know potential customers are visiting other casinos nearby or are at some location in particular, and we want to get our messages directly in front of those people.  I think that’s a good starting place because we now have a shared understanding. However, in today’s terms, we can do SO much more. I think addressable geofencing is more exciting or could be more exciting for casino marketers and operators.”

Addressable geofencing has more to do with household targeting and feels much like database marketing.

The first step is to understand how the current budget is allocated in terms of strategy and goals, who the core audience is, and whom you want to reach. Once you know that, you can build a campaign to get to your targets.

Casinos can target a specific set of homes (for instance, households with Adults 40+ that have a keen interest in casinos.) We then pull an addressable list around their property or in a specific geography (i.e., zip code, county, town). Lists and budgets can be created with demographic or psychographic targets, or you can use a file from your database (minus DAPs). Additionally, providers like Propellant can blacklist apps or websites that appeal to anyone in the underage ranges. Think of it like blacklisting Nickelodeon from your traditional television buy. This eliminates waste of ads.

You can track efforts by establishing your location as an additional fence to measure the traffic you have created. Additionally, if you used your database to determine the list, you can track actual ROI – something that has historically been unavailable for measuring the success of traditional advertising buys.

One of the biggest things Croxton cautions is confusing this top of the funnel effort with the bottom of the funnel (where you usually use direct mail). “Think about a dental practice. You want to target everyone, but you only have a $500 budget. Well, you’re never going to reach everyone. This is top of the funnel, and it’s about awareness.” However, that doesn’t mean you have to spend six (or even five) figures to make a measurable impact.

Another trap some marketers can fall into is not thinking of this in terms of a comprehensive game plan such as including site retargeting and (perhaps) search.

Braud adds that marketers should be sure the operation is ready to support the messages. “Advertisers can get ahead of themselves and market a new capability before it is at 100%, or perhaps their website isn’t providing the information the ad eluded to,” says Braud. While the cost of entry for the advertiser isn’t huge, the price of a dissatisfied customer could be higher.

As marketers, business owners, and general managers, we are continually asking how we can target our core audience in much more efficient ways. Addressable advertising could be an excellent tool for your next campaign.

A version of this previously appeared in other publications.